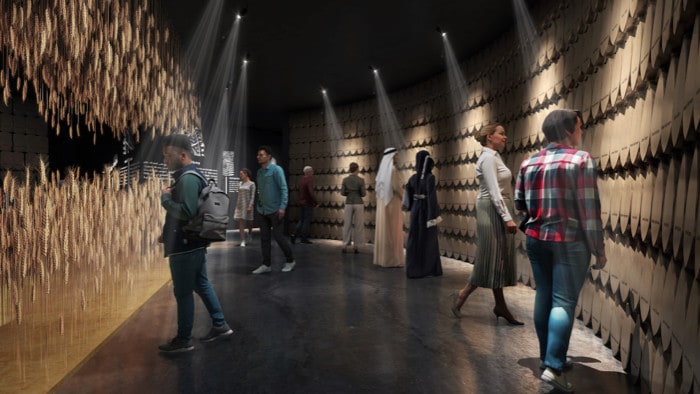 Visitors to the Syria Pavilion at Expo 2020 Dubai will be able to see a replica of Ugaritic alphabet, widely believed to be the first alphabet in history, dating back to around 1,400 BC. The pavilion will reveal more about the development of writing and the alphabet in several areas across Syria, in addition to the alphabet’s impact and the influence of the Arabic language on many other languages around the world.

The pavilion will showcase a rich civilisation that contributed towards laying the foundations that connect the world as we know it. Syria was historically home to the very first crop yield, alphabet, poem and musical notation, making Syrian culture an embodiment of Expo 2020’s theme ‘Connecting Minds, Creating the Future’.

Visitors to the pavilion will learn more about words of Arabic origin that are now present in their other languages around the world, helping to highlight that what unites us is greater than what divides us. There will also be an audiovisual interactive experience in which visitors can take part in singing and playing mankind's oldest musical notation, which was written in Ugarit more than 3,500 years ago. This experience aims to speak to visitors in the universal language of music.

Other attractions at the pavilion include a group exhibition for Syrian artists entitled ‘I Am Syrian’. It will showcase artworks that each represent a portrait of a Syrian face, highlighting the similarities and connectedness that humans share and how, together, we can create a brighter future for Syria and the whole world. Each face displayed in the exhibition will tell an individual story, and all artworks will have a unified signature by the artists saying “I am Syrian”.